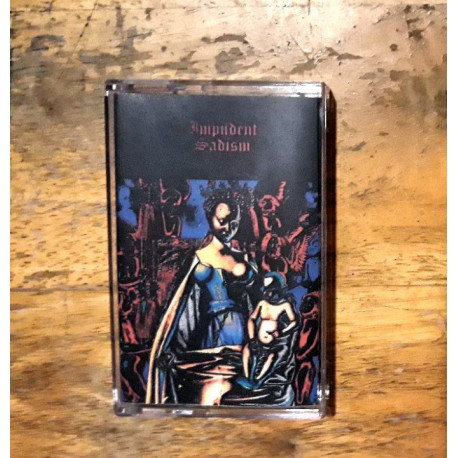 Excellent debut demo from this new, excellent project, who's only output was a track on the "Old Guard New Blood" compilation released in August. Excellent mid-paced indiosyncratic Raw Black Metal, with plenty of moments of melancholy but also of victorious melodicism, including some very surprising keys on the 3rd track, always counting with absolutely distorted, shrieking vocals that remind me of Jekyll from Manierisme, from whom this probably takes some melodic inspirations as well, while featuring the same throbbing and demented bass playing as other A.S.K.E. projects such as Occulted Death Stance. A terrific combination, which is perfectly captured also by this decadent edit of Jean Fouquet's masterpiece of the right win of the Melun Diptych. Released by the unique A.S.K.E. on cassette format.