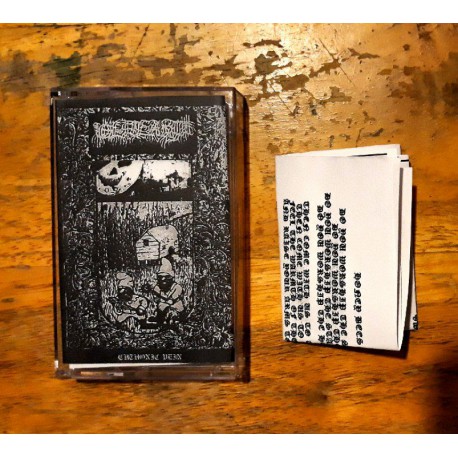 Old Earth has had a rather prolific year of inception, with its path setting forth earlier this year with its debut self-titled demo, and now, just a few months after its excellent debut full-length, "Satantic Stonemonger", its second demo output is delivered. Maybe the project's release closest to the sound of its debut demo, just like its first work this demo is slightly less focused on Noise and Power Electronics as the album and splits, but more on its primitive, psychedelic and demented iterations of moldy Dungeon and Keller Synth madness, with some clear melodies and influences from Neofolk as well and even a second track coming in with an almost Oi! Punk influence. Do not take this lightly though, as this is still incredibly hard mix, drowned in acidic Noise and dissonance.