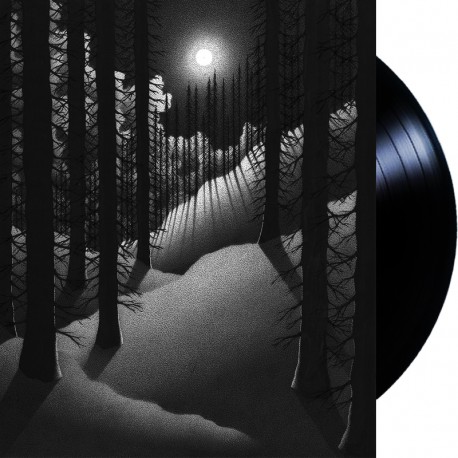 Dark dungeon synth for the true wanderer… Nortfalke presents “Moonjeie”, the anticipated fourth full length. The new album is another transcending dungeon synth masterpiece that gives a new meaning to the word “atmospheric”, as the warm sounds and skillfull songwriting capture you. Influenced by the true kosmische musik and Berlin sound from the 70s, the ever productive Nortfalke has written an essential album. “Moonjeie” could best be described as a mix of krautrock as originated by Tangerine Dream, Klaus Schulze, and synth ambient like Burzum’s two 90s synth albums, Wongraven and old Mortiis.

An original and classic piece of dark mesmerizing soundscapes. Majestic and contemplating, oppressive yet dreamy. This is real music performed completely on various vintage analogue synthesizers, and NOT another laptop software-synth act. It is released once again by Heidens Hart who also released the “Atmosfeer” album – the album that dominated all yearlists and was a genre bestseller with multiple LP and MC presses selling out quickly.

Available on black vinyl and white vinyl. Please note: about half of the white vinyl copies are transition copies and will show a cool white/black marble effect.