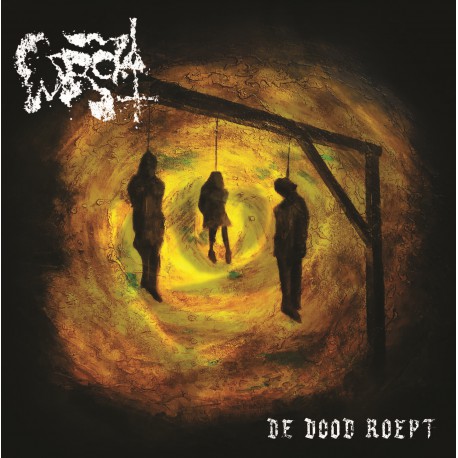 Wrok is back to disturb you with a second album of total uncomfortable and extreme black metal. "De dood roept" is a sick primitive Satanic black metal album with highly disturbing vocals, and is dedicated to all victims of suicide.

Wrok was founded in the early 90s and still bring to mind the traditional sound of the Dutch black metal scene of that time. Expect nothing but pure bestial and primordial possession, as their legacy of highly controversial shows confirms.

This soundtrack to the worst case scenario is a monument of misanthropy for fanatics of Bestial Summoning, old Barathrum, Profanatica, Apator. Wrok hopes this album pushes you over the edge.