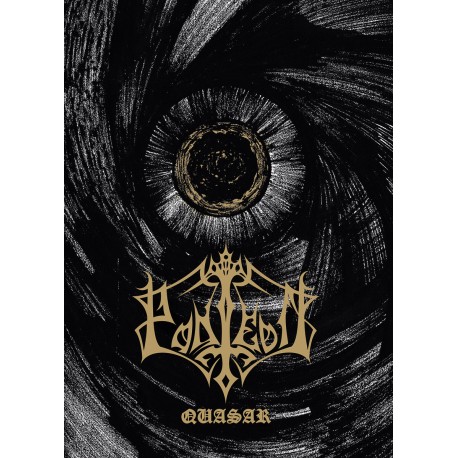 This incinerating outburst of cellar wrath is shaped as noble gold-printed A5 hardback CD limited to 266 h/n units.

Back in 2009 T.S.K! started a special line of releases dedicated to exhuming the unknown and forgotten relics of obscure Russian underground of the past. The first release under "Nekrokvlt Series" was "Septum" - one of the few unreleased albums by Moscow-based PANTEON which existed between 1997 and 2002 in total isolation from the established "scene" and modern virtual reality RPG reel-dances. Since everything significant in relation to the band was described enough within "Septum" CD booklet, we have nothing but to bring this sad piece of news: the next black jewel of lo-fi garage Black Metal Art is OUT NOW! Pull on the diapers and behold:

This incinerating outburst of cellar wrath is shaped as noble gold-printed A5 hardback CD limited to 266 h/n units.