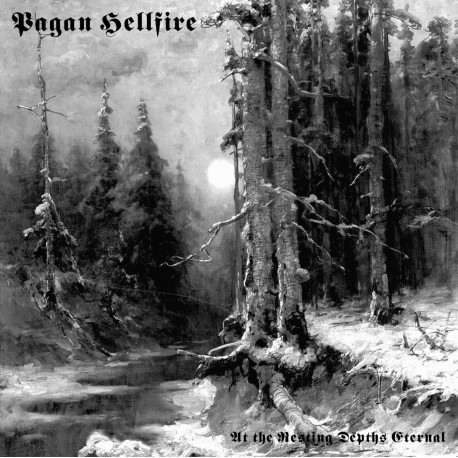 Pagan Hellfire is one of the oldest and best of Canadian black metal! Tour de Garde is proud to present the sixth full length of this cult act, active for over 22 years. "At the Resting Depths Eternal" is an epic journey through the darkest realm of mind's imagery. Following the footsteps of the previous album but still pushing the boundaries, "At the Resting Depths Eternal" will please any longtime Pagan Hellfire supporter as well as any true black metal fans. Surpassing every production Pagan Hellfire has previously released, the sixth full length offering still has the fury and grimness of its predecessors. This time around, the thin shriek of the guitars and the organic pounding of the drums evoke the cold winds, vast coast and salted seas of the Nova Scotian land.