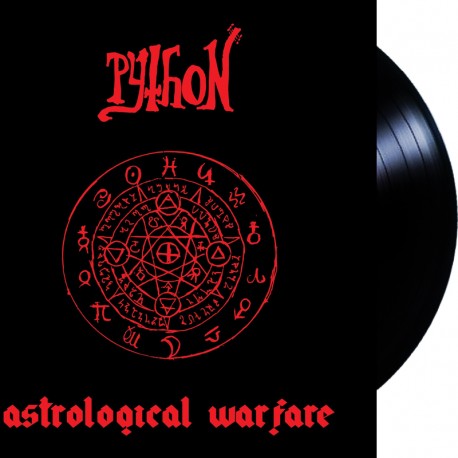 Imagine digging around in a dusty, moldy basement of some tenement in Italy and discovering an old box of demos with one obliquely marked "1976" and brandishing only song titles such as "Night Takes All," "Land of Phantoms" and "No Coming to the Light." You might be lead to confuse this with some long-lost Paul Chain demo, but this was, in fact, the sound of PYTHON's debut album, Serpent Superstition. Now arrives the likewise presciently titled Astrological Warfare, the second full-length from from native New Yorkers with old roots drilling through to Italian soils. PYTHON is not kids playing genre exercises, but rather a decrepit, lusty, distant, and coiling analog occult rock fueled by old legend. Dutifully recommended for fans of old Paul Chain, The Black(Italy), and The Mezmerist