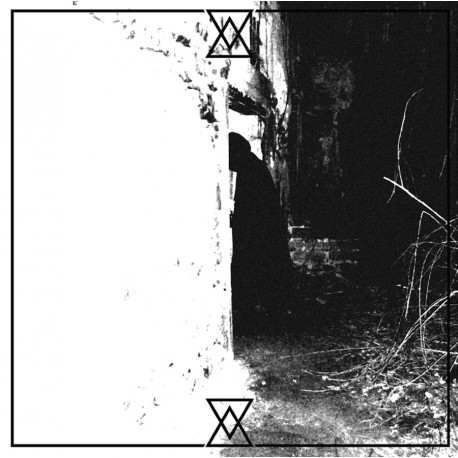 CANDELABRUM hail from Portugal, renown in the past decade for its polarizing raw black metal scene. The nameless mainman behind the band has been involved within that scene for many years, and even before his native scene found worldwide recognition. And even within that scene/idiom, CANDELABRUM stands alone, enigmatic and electric: his works are slavishly reverential of ancient black metal whilst simultaneously unorthodox. The band's two albums to date, 2016's Necrotelepathy and 2018's Portals, are equally astounding modern classics which emit a strangely shimmering quality amongst an explosion of emotive rawness. Both albums are immersive and mesmerizing experiences unto themselves.

Wisely prizing quality over quantity, CANDELABRUM only emerge from the shadows when a new experience is fully formed and ready to curse/haunt/liberate the listener: at long last, Nocturnal Trance. Truly titled, this third album is a strident synthesis of its monolithic predecessors as well as form meeting content. Conceptually, Nocturnal Trance deals with the same theme of Necrotelepathy and Portals: death and the passage to a different plane, beyond. On those previous CANDELABRUM records, the figure on the front cover is always "moving" - crossing the passage, as it were - but this time, the mainman chose to clearly portray the passage from absolute darkness to an ominous monochromaticism: both a blinding light and a complete lack of it, going beyond darkness and back around to an absence of literally everything.

Such transition poignantly plays out across the five component compositions comprising the 39-minute Nocturnal Trance. While no less raw than those predecessors - in fact, newcomers to CANDELABRUM will be stunned by such a soundfield - above and below those lysergic layers of the album betray a wealth of new(er) sensations, ones that encompass a respectably wider range of musical moments and emotions. Because indeed, CANDELABRUM is nothing if not emotive, which is all the more amazing given that the chosen canvas is resolutely RAW black metal. Likewise, that range also spans both ends of the spectrum, equally so from delirious dissonance to majestic melody, creating a contrast that paradoxically makes CANDELABRUM's monochromaticism somehow kaleidoscopic.

Darkly uplifting, beautifully violent, Nocturnal Trance is everything its title promises it to be. Death is represented as a release, the liberation of the spirit to an unbounded state, and indeed is that what the brave listener will experience here: a triumph over time, space, and matter. As ever, CANDELABRUM hold the keys to the Beyond.